Multi award winning artist, South Side Gang CEO and KMP affiliate, King Illest Worldwide made an exclusive announcement in April this year on an episode of ZMB Talks  that his debut album was going to be released in the last quarter of 2022.
Fast forward to the last quarter of 2022, the pioneer of the Tonga trap lingo has been hinting about the album. In one of his social media posts he stated that the album is a classic and his fans will enjoy it. In addition, the South Side Gang CEO revealed that the mixing and mastering of the album is being done from South Africa, were he is currently networking with artists and other music industry players.

King Illest has of late posted on his socials, that he is officially part of the Johnny Walker brand (same as Cleo Ice Queen) and has flooded his fans with snaps and short video clips of himself chilling with the likes of AKA, Cassper Nyovest, Venom and Shishiliza, Skhanda Gwad (all from South Africa) and Ban-T (from Botswana).
King Illest even featured on Venom and Shishiliza’s album titled “Love Is Pain” which dropped in the first week of September. He is on track number 2 alongside Focalistic, Raspy and Aubrey Qwana.

“MULILO UTAZIMI” would be the title to King Illest’s forthcoming debut LP with a few features hinted. Local rappers Koby, K Star and Camstar as well as Botswana’s Ban-T are some of the supposed rappers hinted.

While in South Africa, King Illest has had a privilege to be hosted on Trace Urban TV for an interview where he discussed his album and more concerning the Zambian Entertainment Industry especially music.

In the recent past, King Illest has enjoyed the release of smash hits, endorsements from the corporate as well as artists like the late Rick Riky, Casper Nyovest and D’Banji among others. In addition, the rapper featured Da L.E.S on “Thick As Thieves” a record which had its official music video premiere on Trace Africa TV.

Shots Fired! Deborah Replies To Xaven’s Song Before Its Release! 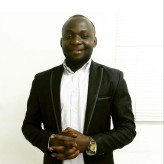